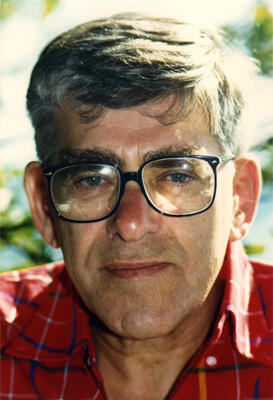 The death of Philip Selznick on June 12, 2010, at age 91, took from us a scholarly giant, who helped shape the sociology of organizations and transform the social study of law. Selznick enriched the Berkeley community for over half a century. He arrived in 1952 as an assistant professor in the Sociology Department, the unit he would later chair during the turbulent period of the Free Speech Movement. From 1961-72, he served as Founding Director of Berkeley's Center for the Study of Law and Society, which soon became an international destination for interdisciplinary research. He joined the Law faculty in 1977 and was the Founding Chair of Berkeley Law's doctoral program in Jurisprudence and Social Policy. He remained active long after his 1984 retirement and received numerous lifetime achievement awards and academic honors.

Selznick completed a Columbia University Ph.D. in 1947, following wartime military service. The 1949 publication of TVA and the Grass Roots launched his academic career. The book, along with The Organizational Weapon (1952) and Leadership in Administration (1957), established him as an authority in the theory and sociology of organizations. Selznick himself later characterized such investigations as "preoccupied with the conditions and processes that frustrate ideals or, instead, give them life and hope." This distinctive concern with ideals increasingly led Selznick to the social investigation of law. He developed an approach – embodied in such works as Law, Society and Industrial Justice (1969) and Law and Society in Transition (1978) – that ambitiously combined elements of traditional jurisprudence concerning the nature of law with social science understandings of organizational dynamics and constraints. In 1992 Selznick published the work he considered his magnum opus, The Moral Commonwealth: Social Theory and the Promise of Community. The monumental synthesis expanded and recast much of his previous investigations of law and organizations. His 2002 The Communitarian Persuasion elaborated further on the connections between this research and leading debates in liberal political philosophy. His last book, A Humanist Science (2008), published at the age of 89, offered a final statement of the methodological values that guided his distinguished contributions. (David Lieberman, Jefferson E Peyser Professor of Law)